This is the section where I talk about some albums that I loved in 2015, but, didn’t quite manage to scrape into my top 20 list. So, until I get my finger out and expand my list to a top 30 or 40 these are the ones that only just fell short…..

First up its rapper Earl Sweatshirt with the album, “I Don’t Like Shit, I Don’t Go Outside,” not quite up there with the debut, “Doris,” but still a great laid back and classic sounding hip-hop album. I think the stoners amongst us will love this as its super chilled. Also worth a mention is workaholic hip-hop artist Future with his album, “DS2”. The guy put out 4 mix tapes, 5 singles and 1 album in 2015, quite the feat! Hopefully he won’t be too furious that I snubbed him, but its quality not quantity I’ve after here. 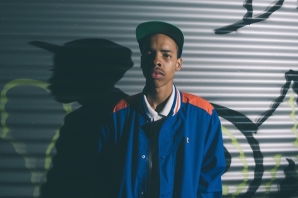 I listened to a fair amount of metal in 2015 and it’s definitely a genre that I’ve been growing really fond of as I get older. Doom band Bell Witch came out with their second full-length album, “Four Phatoms,” this year. There may only be four song on the record, but two run for over 10minutes and the other two run for over 20! That’s what I call epic. Also worth a mention is the fabulous Bosse-de-Nage record, “All Fours.” The San Francisco based band make some intriguing atmospheric black metal / post metal type stuff, not a million miles away from Deafheaven, and if you like this type of stuff, Ghost Bath’s album, “Moonlover,” is also worth a listen. These guys made a bit of a name for themselves when they initially marketed themselves as being from China before revealing they were just Americans, ha. One last metal album that I dug this year was the untitled debut album by black metallers False. Although the vocals are rather grating it’s sonically a damn good album. Perfect for your angrier moments. 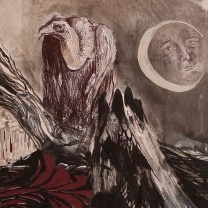 Onto some more conventional, easier listening nearlies now…..let’s start with super cool, surf rock chick Colleen Green. She’s a one woman band who can make a heck of a lot of noise with just one distorted, scuzzy guitar and a drum machine. Anyway, if this intrigues you I would suggest listening to her latest album, “I Want to Grow Up”. It’s very tongue and cheek and great fun. Another album which I was rather fond of this year was Samuel Eastgate’s solo project LA Priest with “Inji”. Fans of “new rave” may remember him fronting the pretty successful Late of The Pier back in 2008. Anyway, this is a pretty cool, psychedelic, funky electro pop album.

Not surprisingly Carly Rae Jepsen‘s latest album, “E•MO•TION,” turned out to be a bit of a pop belter in 2015. Twelve perfectly produced, 80s pop tinged songs that I have no shame in saying are darn excellent! The last nearly is another debut this time by Ghost Culture which features on Erol Alkan’s Phantasy record label. If you’re a fan of Matthew Dear or Depeche mode do give this a spin. 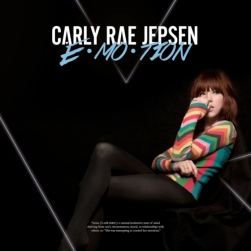